Last week’s wild fires in Table Mountain National Parks is a big wake-up call to focus on climate change, fireproofing buildings and looking at the most vulnerable according to the Department of Forestry, Fisheries and the Environment.

The Minister of Department of Forestry, Fisheries and Environment (DFFE), Barbara Creecy, visited the Newlands Fire base and met with various firefighters and back-up staff who were instrumental in fighting the big fires which devastated between 650 and 700 hectares of Table Mountain National Park(TMNP). Ms Creecy also went on a helicopter tour to see the extent of the damage.

Ms Creecy says there are two investigations into the fires at the moment, one from the University of Cape Town(UCT) and one by SANParks. “The outcome of the investigations will take place within two weeks,” she said.

“In addition to the actual causes of the fire, we also need to stop and think about the circumstances surrounding world wild fires,” she added.

Ms Creecy cited climate change as an impact that can influence wild fires, where the weather service has highlighted that this year’s April was one of the hottest experienced in decades.

“ These conditions dry out vegetation and make wild fires more of a possibility,” she said.

Ms Creecy says they would have to look at their climate change framework to determine what kind of vegetation is allowed to grow in these parks.

Ms Creecy says special attention would need to be taken as to how buildings can be fireproofed.

Ms Creecy says the human element would also need to be looked at, where Cape Town, like many cities in the country, is faced with inequality, vulnerability and homelessness. “Many homeless people tend to camp on the outskirts of the parks because they have nowhere else to go,” she said.

While those are issues to look at, Ms Creecy has acknowledged the hard work of nearly 1000 firefighters across shifts who fought the fires. “There were also helicopters who dropped 411 tons of water, doing 733 drops over a 60-hour flying time,” she said.

Working on Fire firefighter, Pascal Joseph, 35, from Mitchells Plain says he helped in fighting fires near Rhodes Memorial, Groote Schuur Estate, Devil’s Peak and Deer Park last week. “When we do see smoke the fear takes over, we are well-trained firefighters, so it was easy for us to manage the fear,” he said.

Mr Joseph says he worked 12-hour shifts per day from Sunday April 18 to Wednesday April 21 until the fire was contained. He has experience in fighting various wild fires like the Knysna fires in 2017, the George fires in 2018 and the Masiphumelele fires last December. “I still enjoy fighting fires, it’s like a calling to me,” he said.

Section ranger, Chamell Pluim, 33, from TMNP, says she was working tirelessly evacuating residents near Rhodes Memorial when the fire broke out on the morning of Sunday April 18. “After making sure that everyone was evacuated out of Rhodes Memorial and UCT, we still needed to locate the visitors on the footpath of the park, who were taking pictures and videos who did not listen to instructions to evacuate,” she said.

Ms Pluim says it was quite emotional evacuating the Rhodes Memorial restaurant as she got to know the staff well over the years.

She urged the public to adhere to SANParks rangers’ request to stay away from areas indicated by signage near the parks until it is safe to use again. They include areas like the Devil’s Peak slopes, Deer Park, Rhodes Memorial, Kings Blockhouse, Devil’s Peak contour footpath; Newlands ravine; Newlands contour path; Woodstock cave,Tafelberg Road beyond the chain, Deadman’s tree, Bridle Road intersection, Platteklip, Washhouses boardwalk and Rocklands access point.

TMNP manager, Philip Prins says fighting the fires in the past week was extremely difficult, especially last Monday April 19, when it was extremely windy. “We could not get the helicopters out at that stage, only on Tuesday they could resume again,” he said.

Mr Prins says at the moment there are around 12 to 15 firefighters per shift who are monitoring the Deer Park area. 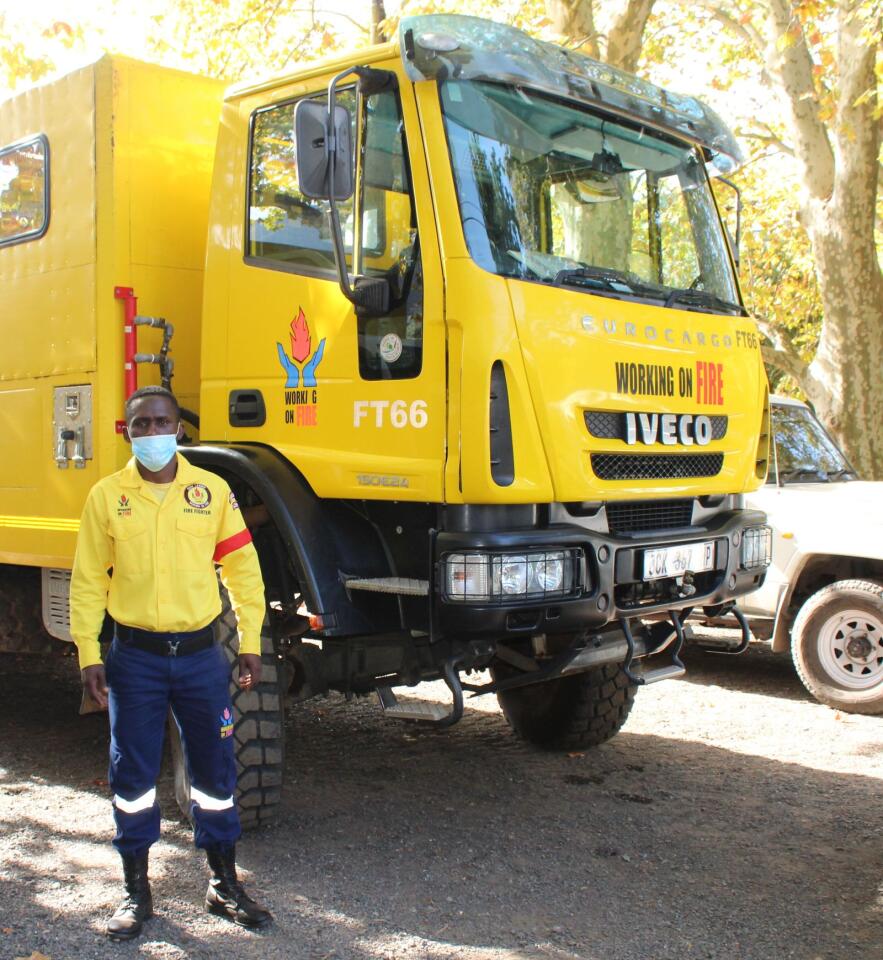 1/2: Working on Fire firefighter, Pascal Joseph, at the Newlands fire base. 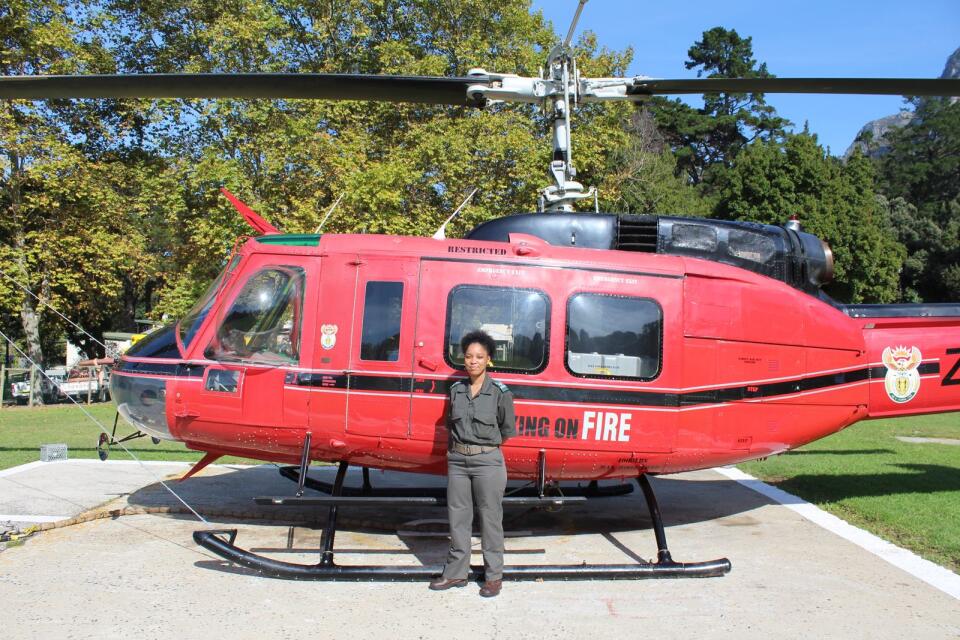