The inaugural Walk of Resistance on Freedom Day on Tuesday April 27 should be a march against “unremembrance” says former freedom struggle activist, Dr Allan Boesak.

The walk took place from Oude Molen Village in Pinelands where the high commissioner of Goringhaicona Khoi Khoin Indigenous Traditional Council (GKKITC), Tauriq Jenkins, led the various organisations and over 200 people who were physically distanced and wore masks through the various sites of the village and led them to the Two Rivers Urban Park (TRUP) in Observatory.

Mr Jenkins shared the cultural history of the land. “Over 360 years on this very terrain, a new chapter took place which would forever change the DNA of our shared history,” he said.

Many of the people coming from all walks of life learnt the important historical relevance related to the land, which included the period between 1488 and 1652, before the Dutch settled, Khoi land being dispossessed by the Dutch, the Khoe-Dutch war of 1659. The Battle of Salt River in 1510 when the Khoe defended their land against the Portuguese.

The various organisations also re-unveiled the plaque that commemorates the First Khoekhoen-Dutch War, which took place in 1659, on a sign post located on the TRUP, where it was vandalised eight months ago.

The plaque was paid for by the various civic associations and organisations. “Today the plaque will be in the exact form and literature before it was damaged and we are doing this to make a commitment to preserve the heritage that we will undertake to protect,” said Mr Jenkins.

Woodstock Residents’ Association committee member, Andrea Couvert, says the history of the land is closely connected to the areas of Woodstock, Salt River and the Bo-Kaap. He says it costs R450 to make the plaque.

A cleansing ceremony took place on the TRUP which was led by Danab Bradley van Sitter who is known by the tribe name of Llui !Gaeb of the Gorachouqua tribe.

Dr Boesak says the stealing of land started way back in 1652 on the banks of the Camissa and Liesbeeck rivers. “Resistance to the land claims of the white colonists, that is where the struggles began and that is where the debate of land in our country must begin today,” he said.

Dr Boesak says “unremembrance” where the dominant authority in power “wants to distort history” has failed “because the people are here”. “ We shall tell our children what happened in this land and on Freedom Day this element that has been excluded for the past 27 years of democracy was brought back,” he said.

Across from the TRUP in Observatory Road is the River Club, which the City of Cape Town has approved the R4 billion development for the mixed-used of the land. Amazon would be the anchor tenant of the property once the development is finished and various organisations have been fighting it since 2016. (See story on page 15)

Observatory Civic Association (OCA) chairperson, Leslie London, says the City and province has worked together to ensure that this development will succeed. “If the City was interested in honouring Khoi history, it should have helped Heritage Western Cape grade the area instead of joining the developers in appealing their heritage protection order in 2018,” he said.

Two Rivers Urban Park Association chairperson, Marc Turok, says the biggest memories of our ancestors are the stories of who we are and destruction of this heritage is a crime and should not be approved. “This space cannot be destroyed by commercial mega structures, this sacred space must be protected to have beneficial use and with all biodiversity restored,” he said.

Mr Jenkins of GKKITC says the development does not have their consent. “We say no to Amazon and no to Liesbeek Leisure Property Trust,” he said.

Salt River Heritage Society founder, Shabodien Roomany, says the demarcation of boundaries between Salt River, Observatory and Woodstock was done by the colonists. “It becomes so important to engage with people about the rivers and big developments and the first nations people who emerged from this land and that is why it is important for our society to get involved,” he said.

Many residents from all ages and backgrounds came from over Cape Town to attend the Walk of Resistance. Hilba Flowers, 68, from Bridgetown says being part of this historical walk was something she needed to do. “As a kid I played on the banks of the Liesbeeck River and being here today gave me such an intense feeling of belonging of where I am today,” she said.

India McCarthy,16, from Muizenberg says it is important for younger generations to participate in this kind of event. “What was learnt today is not all in the textbooks, it was refreshing learning about all this history today,” she said.

Mr Jenkins hopes that this Walk of Resistance will become an annual event on Freedom Day. “May we hold this day in our hearts every year, let this be our World Heritage Site,” he said. 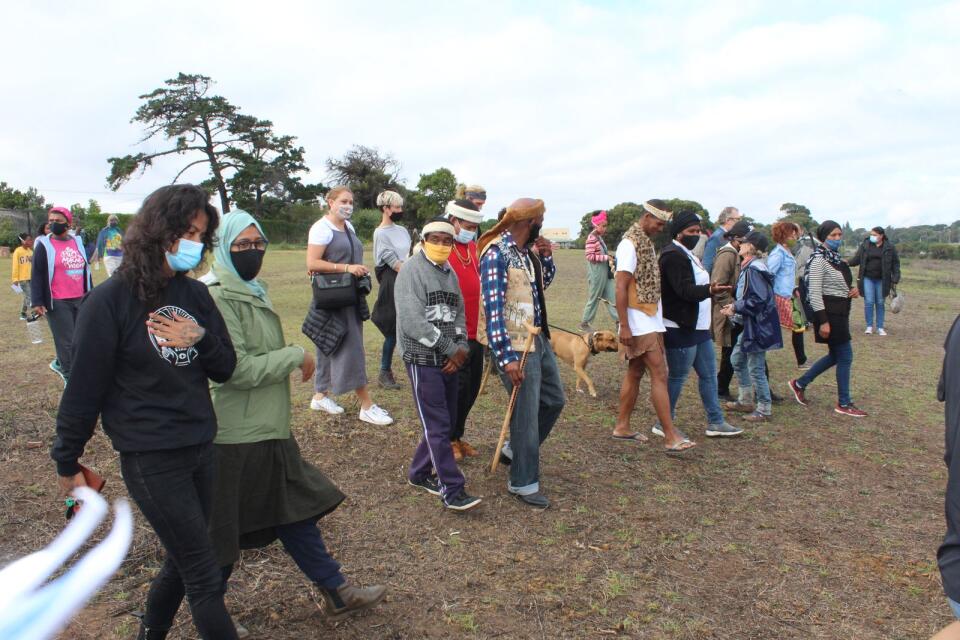 1/3: Participants in the inaugural Walk of Resistance near Oude Molen Village. 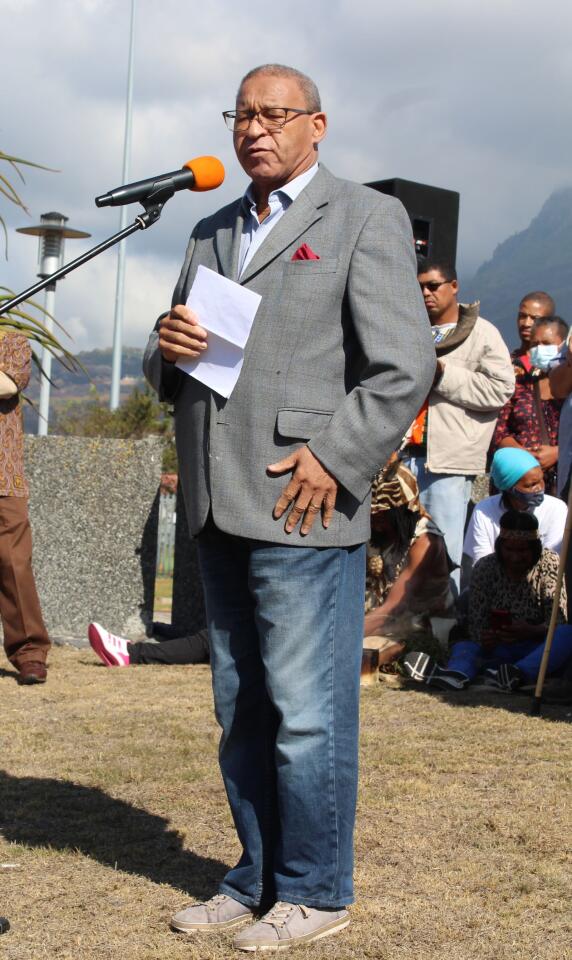