A team of Working on Fire (WoF) firefighters deployed at Newlands fire base are expected to return back home at the end of the month after a full five months of camping on site.

There are 26 of the total 125 firefighters deployed at the Newlands base. The rest of the team are situated across different parts of the province.

The 26 firefighters have been staying in army tents since their first day of being deployed. There are ten army tents located on the site underneath large trees for shade.

Limakatso Khalianyane, WoF communications officer, said: “As part of their training from the word go our firefighters are taught how to pitch up tents that would keep them safe from all weather conditions. We have made sure that there are not too many participants in one tent to ensure their comfortability as they would be spending months in the province.”

Ms Khalianyane said the firefighters need to be mobile, they are not to be kept in one place because they move where the fires are. Sometimes the tents need to be set up where the incidents take place.

“The team is highly specialised, they can be deployed longer than our normal teams,” she said.

Ms Khalianyane said none of the Hotshot crew members have been injured by the fire that broke out at Rhodes Memorial on Sunday.

The Hotshot crew have been assisting with the fire since 10am on Sunday morning.

Working on Fire firefighter and Hotshot team member, Matome Sekwaila, 25, from Limpopo who is deployed at the Newlands base, said: “I have been with WoF for two years and it is my second time being deployed at Newlands base. We don’t see a tent as a problem because we get used to it. Our training prepares us for all these types of situations so it’s important for us to always be prepared for anything.”

Mr Sekwaila said they have been trained to deal with big fires in vegetation fields or mountains.

“I learn from different people who I work with and thoroughly enjoy Newlands base. I am seeing many more different situations in the Western Cape compared to Limpopo. It’s a lot easier for me to fight fires in my hometown compared to Cape Town, which always improves my skills,” he said.

Fellow Working on Fire firefighter and Hotshot team member, Katleho Success Mahlaba, 29, from the Free State who is also deployed at the Newlands base, said: “I started at Working on Fire in 2014. It’s been a great experience for me because I love nature, I love to save lives and animals. I’ve been very lucky to be deployed in different provinces but we mainly assist in the Western Cape.”

Mr Mahlaba said the tent is not an issue as long as its cleanliness is maintained. It can, however, be tough to be camping for a full five months when it comes to having too much rainfall.

Mr Mahlaba said they have to be able to communicate with others and it’s important to put your own safety first. “Cape Town challenges me a lot more compared to my province.

“I learn so much in the Western Cape. I also get to take back these skills to my hometown and teach it to the other firefighters who didn’t get to come,” he said. 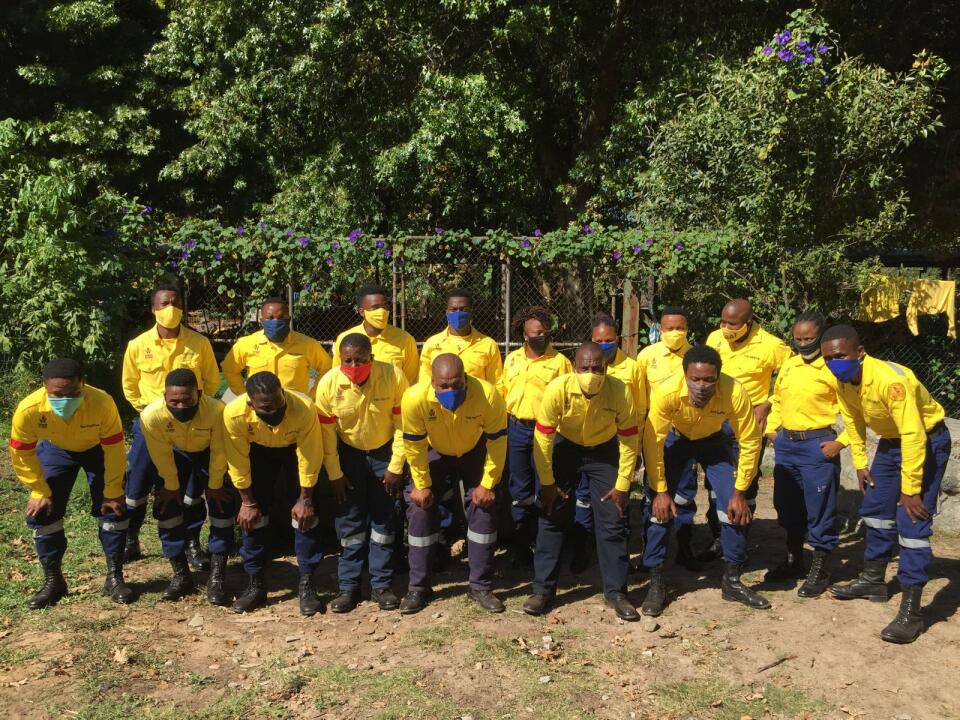 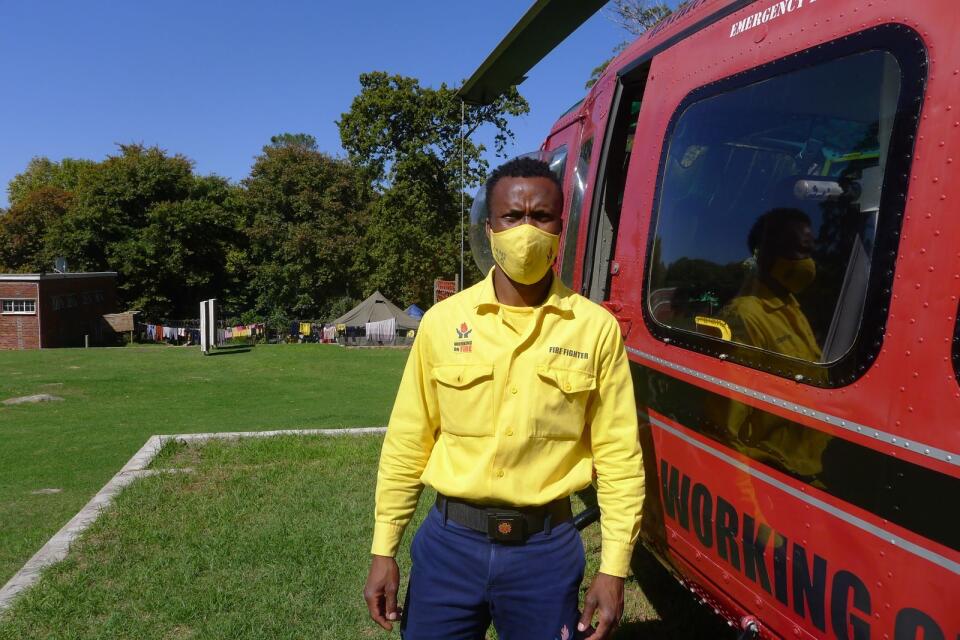 2/4: Working on Fire firefighter and Hotshot team member, Matome Sekwaila, 25, from Limpopo, is deployed at Newlands base. 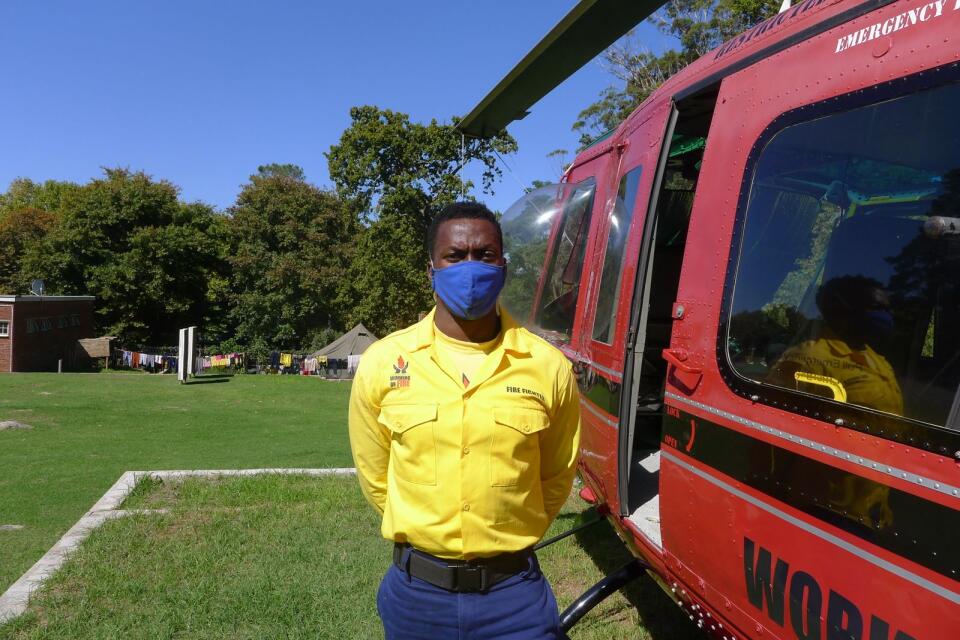 3/4: Also deployed at the Newlands base is Working on Fire firefighter and Hotshot team member Katleho Success Mahlaba, 29, from the Free State. 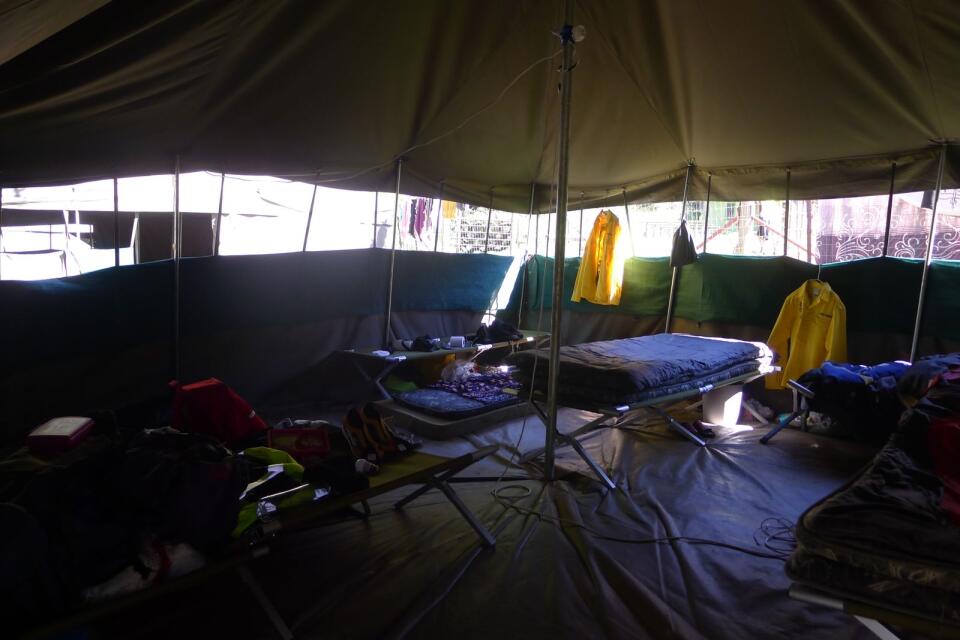 4/4: Inside the Newlands tent that Hotshot crew firefighters are staying in.