Occupants of Cissie Gool House, the former Woodstock hospital, left the Western Cape High Court on a happy note last week after an agreement was made that the City will not be chosen to perform the survey on the occupants living at the site.

Occupants of the Cissie Gool House gathered outside court on Friday to protest against the City’s application for a court order, which will allow them to conduct a survey of approximately 1000 people on the site. The survey is considered as the first part of the City’s plan to evict the residents.

Reclaim the City Woodstock Chapter leader, Denver Arendse, said: “It has been finalised from today’s court proceedings that the City will not conduct the survey. The survey will be done by the occupants representatives known as the Centre of Applied Legal Studies (CALS). This survey will then be given to the City.”

He said the the City shouldn’t use the survey information against the occupants to evict them or divide them in any way.

Mr Arendse said: “We have six months to do the survey however there are a lot of people staying on the site. The survey will be conducted for each household.”

He said they are glad that the City would not be doing the survey because they will use law enforcement and the army to perform the survey.

Reclaim the City, Woodstock chapter leader Karen Hendrickse said: “It’s important for a third party to conduct the survey because we do not trust the conduct of the agents from the City. The City’s intention of doing the survey from the beginning is to evict the occupiers.”

Ms Hendrickse said the City is also seeking who qualifies for housing on the site but the occupiers’ reason for living there in the first place was because there has been no access to housing in well located areas such as Woodstock. Many of us previously stayed in Woodstock and Salt River areas and were evicted due to gentrification.

“In 2019, the City sent their architects and engineers to do a scientific report on the structure of the site and they mentioned that is it possible for the site to be developed with the current occupiers,” she said.

Ms Hendrickse said: “We hope that the time period for the survey will provide people with enough time to respond. The personal information which will be gathered should also be used to find solutions to develop the site with the inclusion of the occupiers and not to evict them.”

CALS correspondent attorney Mpho Raboeane said: “The opposition to the City’s court order was that, by law one can’t get personal information about people when they are not aware of what it will be used for and without their consent. This was initially the main cause of concern for the occupants.”

Ms Raboeane said the relation between the City and occupants are also not great at the moment due to previous encounters with the City, particularly law enforcement. A third party could be an amicable person who are more likely to gain the trust of the occupants and get certain information.

Cissie Gool House resident Christine Kiewiets, who was evicted from her house in Woodstock, said: “The survey shouldn’t be done by the City because they do not want us there and it would be better for another party to perform it without hidden agendas. I’ve been staying at the site for four years with my grandchildren.”

Ms Kiewiets said there are leaders and strict rules on the site. Nothing takes place on the site which they cannot handle themselves.

“The raid which previously happened with the City in 2019 destroyed trust with the occupants because there was no respect for our privacy,” she said.

Quoted in the Cape Argus, Mayco member for human settlements, Malusi Booi, said: “This brings the City closer to its plans to drive social housing and reverse the toxic legacy of organised building hijackings which took place in March 2017.

”The information provided will enable the City to meaningfully engage the represented illegal occupants on whether they are prepared to vacate the property.

“The City also wants to know whether the occupiers will require alternative accommodation if they refuse to vacate the property and an eviction becomes necessary and whether a represented illegal occupant qualifies for available state-subsidised housing, emergency housing, or social housing, either in the planned development or as may be available elsewhere.”

According to the City, around 700 social housing units are possible at the Woodstock site, and this makes it their biggest project in the area. 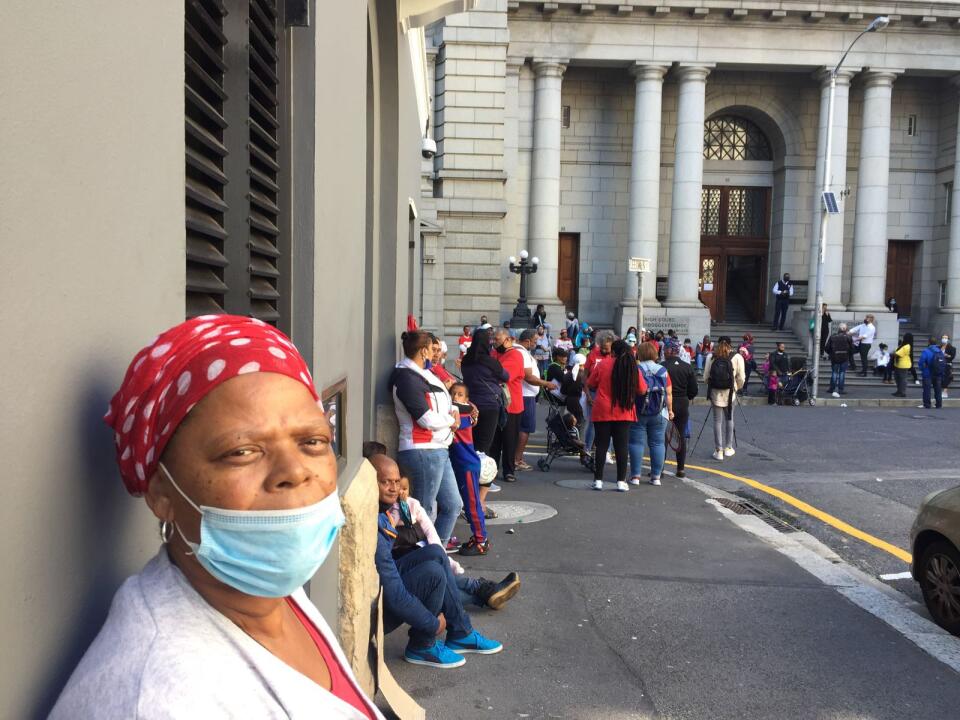 1/2: Cissie Gool House resident Christine Kiewiets was evicted from her house in Woodstock. She has been staying at the site for four years with her grandchildren. 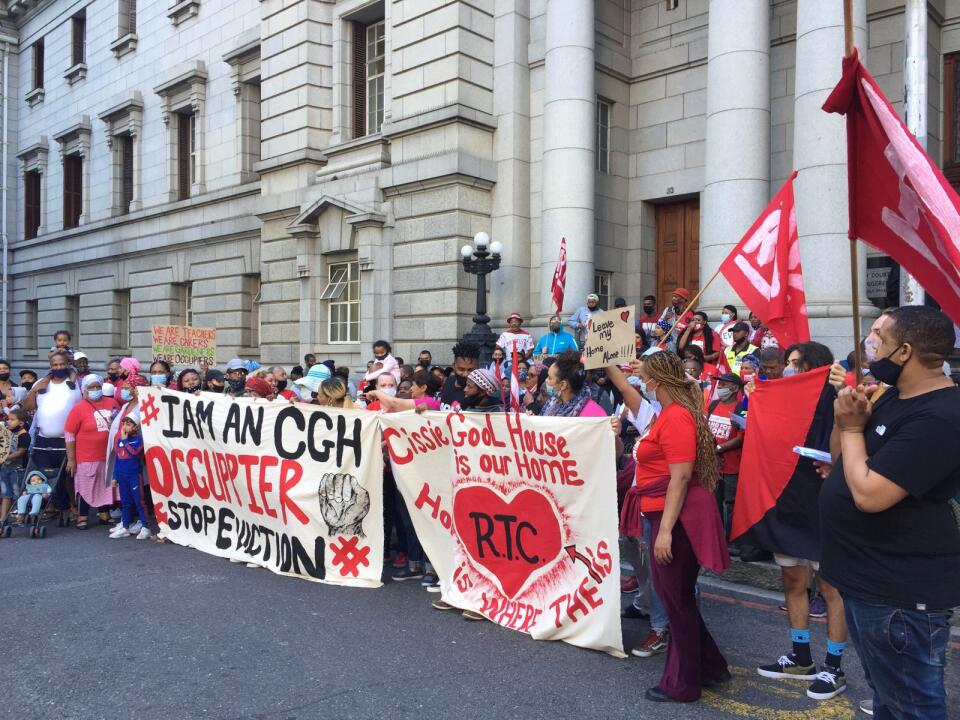